An Overview Of Food Preservation Techniques We Use - Frosty Garden

An Overview Of Food Preservation Techniques We Use

Gardening at scale and food preservation techniques are very closely related to one another.

We didn’t necessarily set out to become good at food preservation.  It was more something we had to learn, because of our interests in gardening and providing our own food.

We often like to say that we use all of the food preservation techniques.  And that’s pretty much true.

This post discusses the various techniques we use, why we use them and helpful information about getting started in food preservation.

It’s important to understand that we weren’t exactly born with the inherent knowledge of how to preserve food.

We didn’t grow up on a farm, where food preservation and growing food was a way of life.  Instead, this was something we decided to pursue well into our adult lives.

If there’s one thing we want to communicate, food preservation is learned by doing it.

Sure, there are a ton of important resources, pieces of knowledge and other tips and tricks to know about.  But, those come from doing food preservation and necessitating that knowledge for yourself.

We always state that the best way to learn something is to actually practice it.

Unfortunately, this also means that some people limit themselves based on irrational fears.  Sometimes for their entire lives.

We will admit that the first time we used a pressure canner, it was a bit terrifying.  Many people feel that way.

Before that, it was just basic water bath canning.  What about botulism?  So and so’s grandma died from that!

When we first started getting into fermentation of foods, similar concerns about general food safety arose.  How would we know it’s safe?

We ultimately came to the conclusion that most of these fears are entirely irrational, at least if you trust yourself.  We realized that many people, world-over, were actually doing these so called “dangerous” things.

More profound, we realized that we aren’t stupid.

We’re not going to eat something that looks, smells or tastes horrible.  We’re not going to leave the pressure canner unattended to “do its thing.”  We aren’t exactly venturing into untested, highly experimental recipes that we stumbled across on the internet.

Safety starts and ends with you.  Just don’t be stupid.

Generally speaking, if there’s a food preservation practice out there, it’s in our regular rotation at some point or another.

We quite literally do it all:

These are all of the main preservation techniques we use across our efforts to preserve our gardens each year.  The next sections will explain a bit about why we use them, what we use them for specifically and some resources you can use to dive deeper.

Our Uses Of Canning Preservation Techniques

These days, it’s a lot more limited.  We generally found that canning is good at some things, but not good at all things.  The process tends to “obliterate” the food textures, making it particularly suitable for certain things. 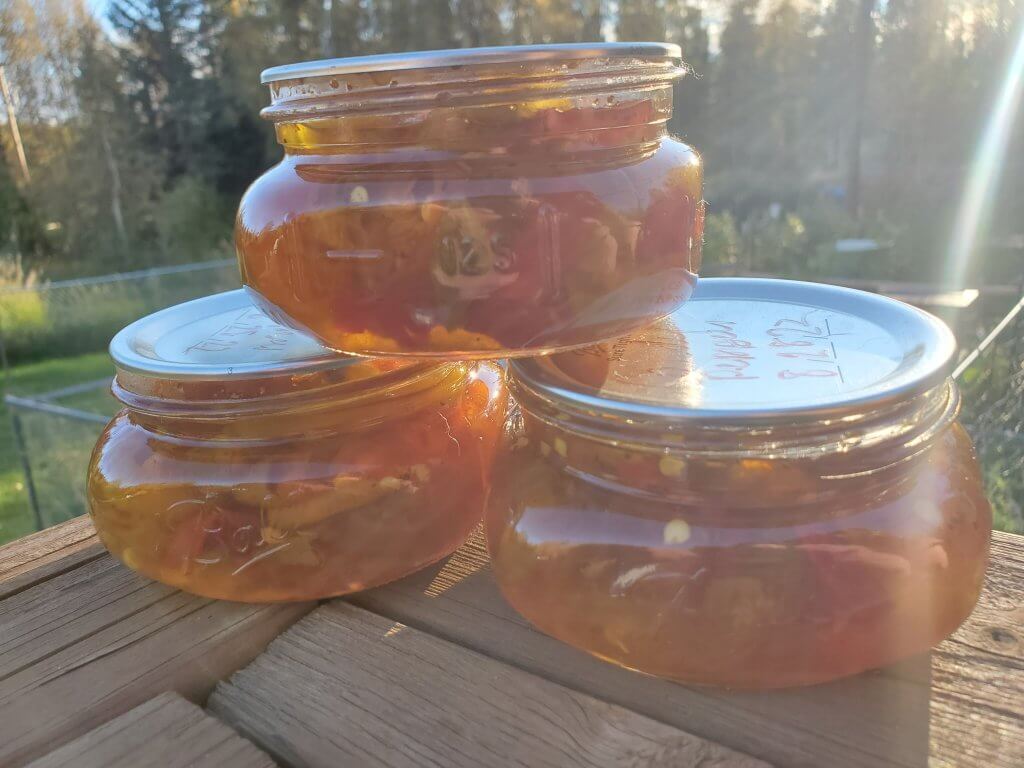 If there were a brief list of things we do enjoy canning, they would be as follows.

Our primary resources for canning information are good old fashioned books.  Our favorites are the Blue Ball Book of Canning and Not Your Mama’s Canning Book.

Our Uses Of Blanch & Freeze and Freezing Preservation Techniques

This is hands down one of our favorite preservation methods.  So much so, we wrote a detailed article on blanch and freeze techniques!

The blanch and freeze technique is excellent for maintaining the nutrition of the foods we grow.  It’s also superior at preserving the texture, taste and color of our foods. 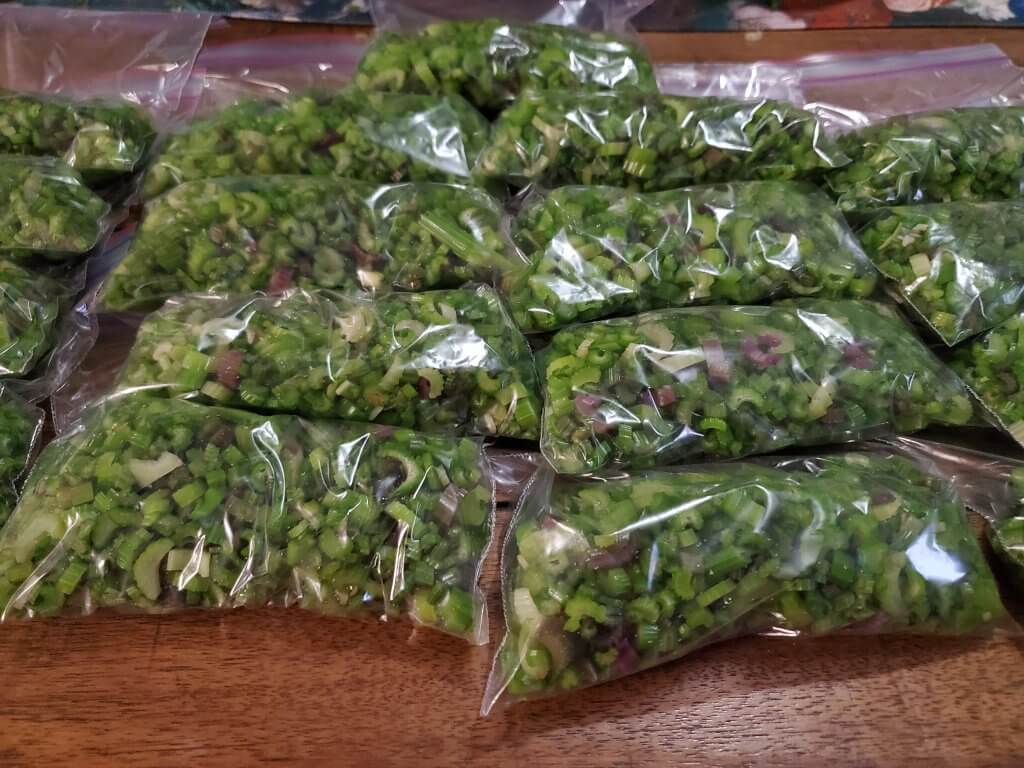 When possible, we try to use this particular preservation technique as has the most advantages and fewest disadvantages.  In general, we use this technique to preserve foods as follows.

We do also freeze the bulk of our pepper harvest.  Peppers don’t necessarily require the blanching process as they hold up to freezing quite well.

Our go-to resource for the blanch and freeze technique is the University of Minnesota extension service.

Our Uses Of Fermentation Preservation Techniques

Fermentation is probably one of the most recent preservation techniques that we learned.  It has quickly ascended to becoming a favorite. 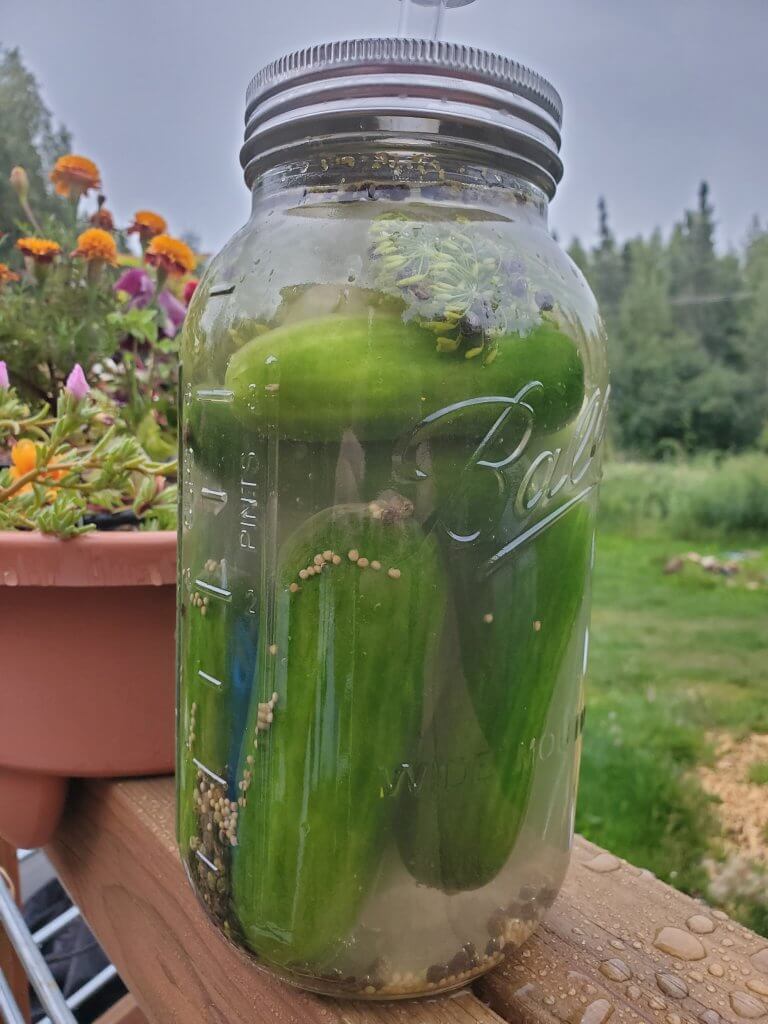 We like to use it as it is incredibly healthy for us, typically boosting microbiome populations in our bodies.  It is also just super tasty.  It’s also quite faithful to the original food texture, which is great!

Some of the things we use fermentation for include:

We’ve found fermentation particularly flexible.  One of our favorite books is the Noma Guide to Fermentation, offering many different tested recipes to play with.

Our Uses Of Salting Preservation Techniques

While this one is pretty light in our repertoire thus far, it is something we are gradually increasing within our general preservation capabilities.

Salting, or salt curing, is one of the oldest known food preservation techniques.  It is probably one of the main things responsible for the flourishment of humankind.

Since it heavily uses salt, it’s also very closely intertwined with both fermentation and general pickling techniques.  It is also often combined with smoking techniques, for flavoring purposes.

This technique is largely used for meat and fish.

An good introductory book we’d recommend on the subject is Charcuterie: The Craft of Salting, Smoking and Curing.

We’d generally describe this technique as very similar to fermentation, but without the actual fermentation.  It is typically dependent on creating a salt brine or the use of vinegar in high concentration, which cures your foods for preservation.

In many ways, we favor fermentation as it’s typically capable of preserving for longer periods of time.

However, we can’t resist a good refrigerator pickle recipe.  These are so much different from fermented versions of pickles that it’s well worth doing both. 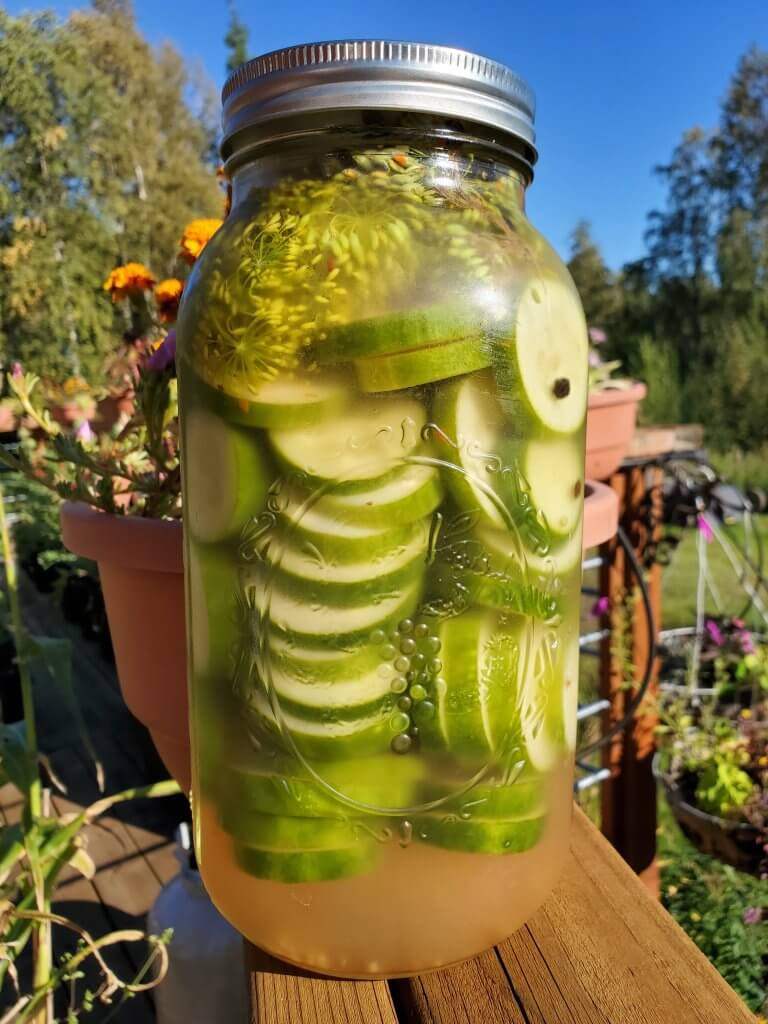 While you’ll find pickling recipes among canning and fermentation books, a good pickling focused resource is The Joy of Pickling.

Our Uses Of Dehydration Preservation Techniques

We generally use this preservation technique several times a year.  It has its place among preservation.

Dehydration is the process of removing water from food.  These foods can be eaten as is or reconstituted with water at a future time.

We do recommend using a dehydrator for the process.  There are “sort of” ways of doing it in an oven, but most ovens don’t go low enough temperature wise to work well at the process.

This is a great technique as it makes for shelf-stable products.  This is especially handy for us as refrigeration and freezer space are often at a premium. 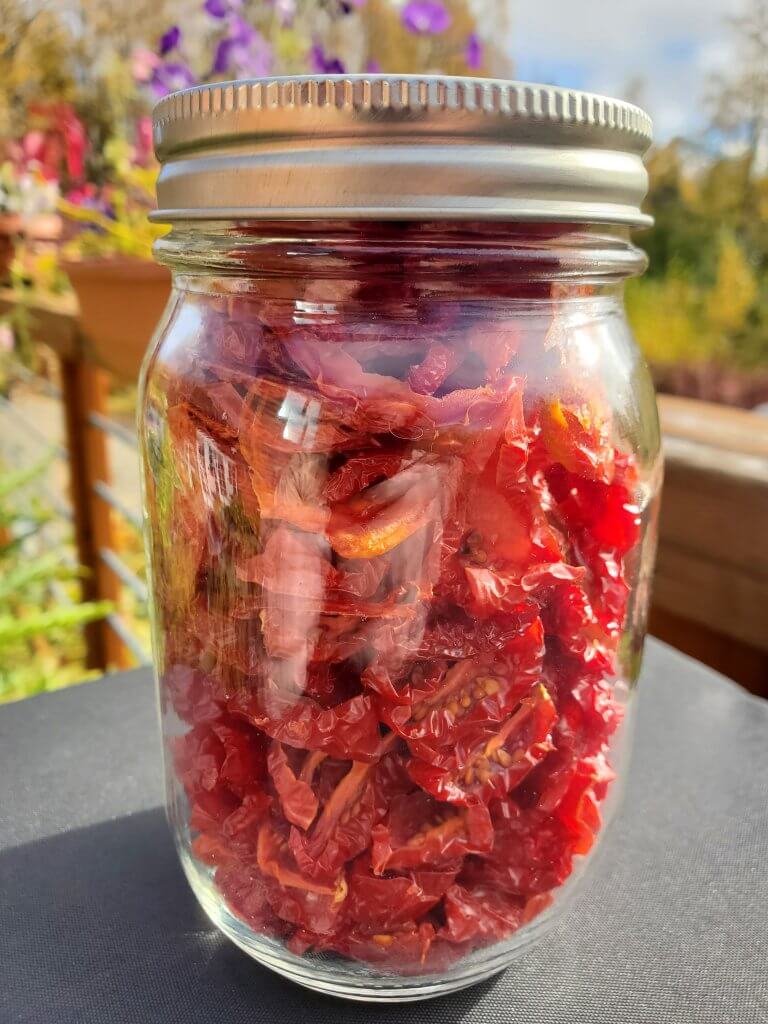 We use this technique for the following types of preservation.

An excellent resource on the ins and outs of the dehydration preservation technique is the Ultimate Dehydrator Cookbook.

Our Uses Of Infusion Preservation Techniques

This is a bit outside of “conventional” preservation, but it’s an important technique we frequently employ. 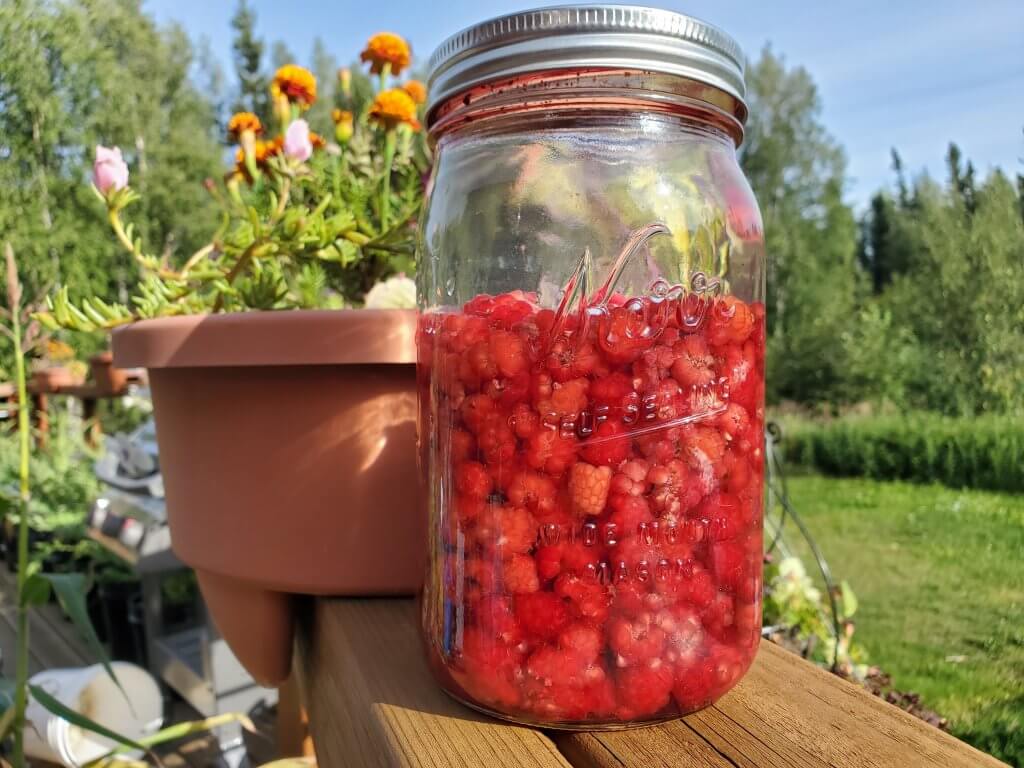 We would describe the infusion process as a means of extracting flavors from something we grew into a liquid.  There are several liquids that are highly useful, in both the kitchen and the bar. 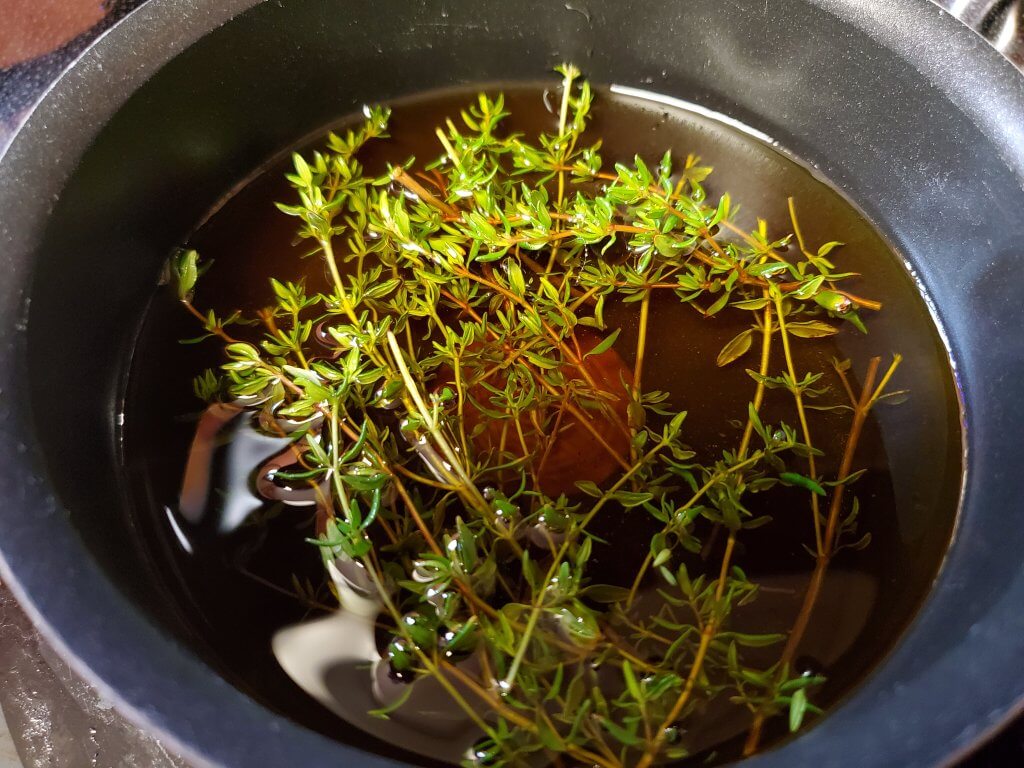 Common things we do infusion/extraction processes with include:

An example reference for getting started with infusion is Homemade Liqueurs and Infused Spirits.

For herbed vinegars and oils, there’s not a lot of great reference material out there that we think can be trusted.  We’ve explored it, primarily with depth of knowledge in food safety techniques.

Our Use Of Chilling Food Preservation Techniques

This is an easy one.  Pretty much every modern person uses this preservation technique, so we won’t spend much time on it.

In a word, refrigeration.  We use it heavily!

Modern refrigeration has been one of the major contributors to food stability.  It sure beats using caves, rivers and snow!

In the fall, we like to use our greenhouse a giant walk in refrigerator!  It’s helpful for staging food as we pull in our big harvests.

Our Use of Smoking Preservation Techniques

This one’s a popular one!

Smoking is used as both ways to induce flavor into foods as well as long term preservation.  It often borrows from the concepts of dehydration and sometimes salt curing.

While it’s often used for meats, it should not be overlooked that vegetables can often be smoked, too.  We definitely like to work with smoked peppers, probably our favorite veggie to smoke. 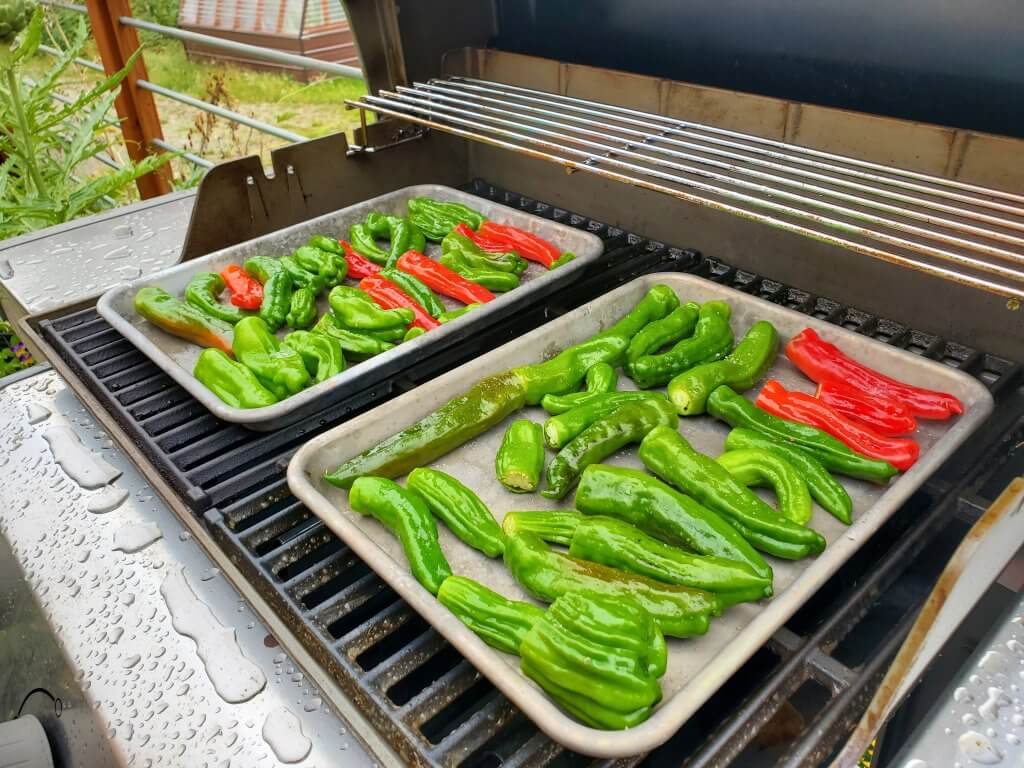 Typically, the process is performed in a dedicated smoker, kind of like a barbeque with a different end goal.  You can also use more traditional barbeques and wood chips to achieve similar results.

Our Use Of Pasteurization Preservation Techniques

While somewhat obscure in the home, the process of pasteurization can be practiced in the home.

Most people’s familiarity with pasteurization is related to milk.  You probably know that most milk you’d buy at a store has undergone a pasteurization process.

The process involves bringing the foods up to very high temperatures, effectively killing off any wild bacteria.  In the home, this typically means using a pressure canner to achieve high temperatures and high pressures to achieve full pasteurization. 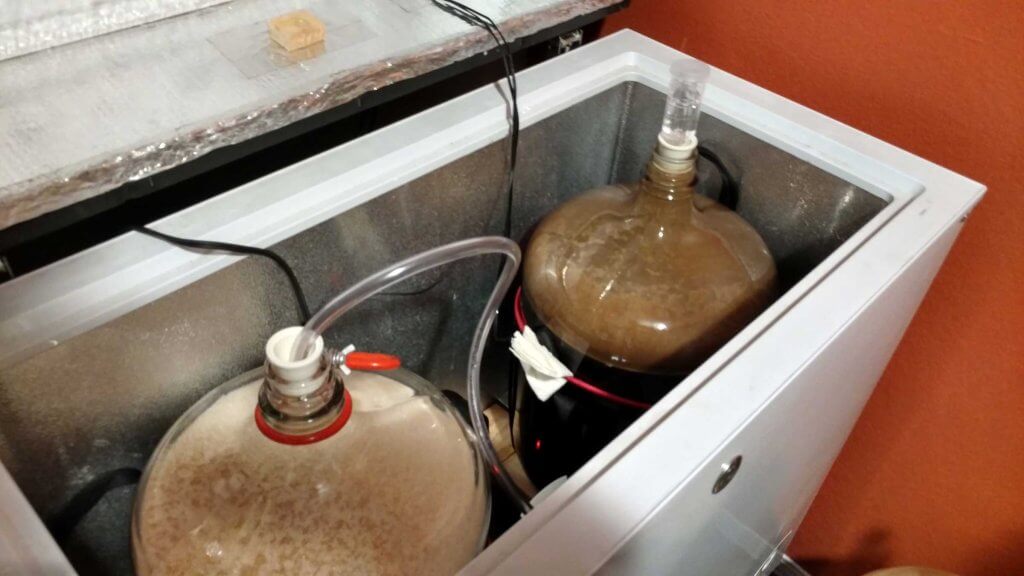 An example of how use this as a preservation technique is making shelf stable wort for beer production.  We make quarts of “beer starter” that we can use to grow yeast populations.

Wrapping Up Our Uses Of Food Preservation Techniques

We hope you’ve found this a bit insightful into how we utilization most major food preservation techniques.

If you have any questions, comments or further insights, we’d love to see you put a comment down below!